From before we’re even born, most of us are labeled as either a boy or girl. But this labeling assumes that anatomy determines our gender, and that’s simply not the case. Gender isn’t binary biology, but rather a socially constructed idea. Inclusive marketing acknowledges a broader and more fluid definition of gender, actively challenges gender stereotypes, and reflects the limitless diversity of its expression.

Gender identity is an inherent part of who we are and may or may not correspond to the sex we’re assigned at birth. Someone’s gender identity may change over time, as can the language they use to describe it. Inclusive marketing acknowledges this complexity, whether that means accurately portraying the evolution of someone’s gender or simply taking care to use the correct pronouns. 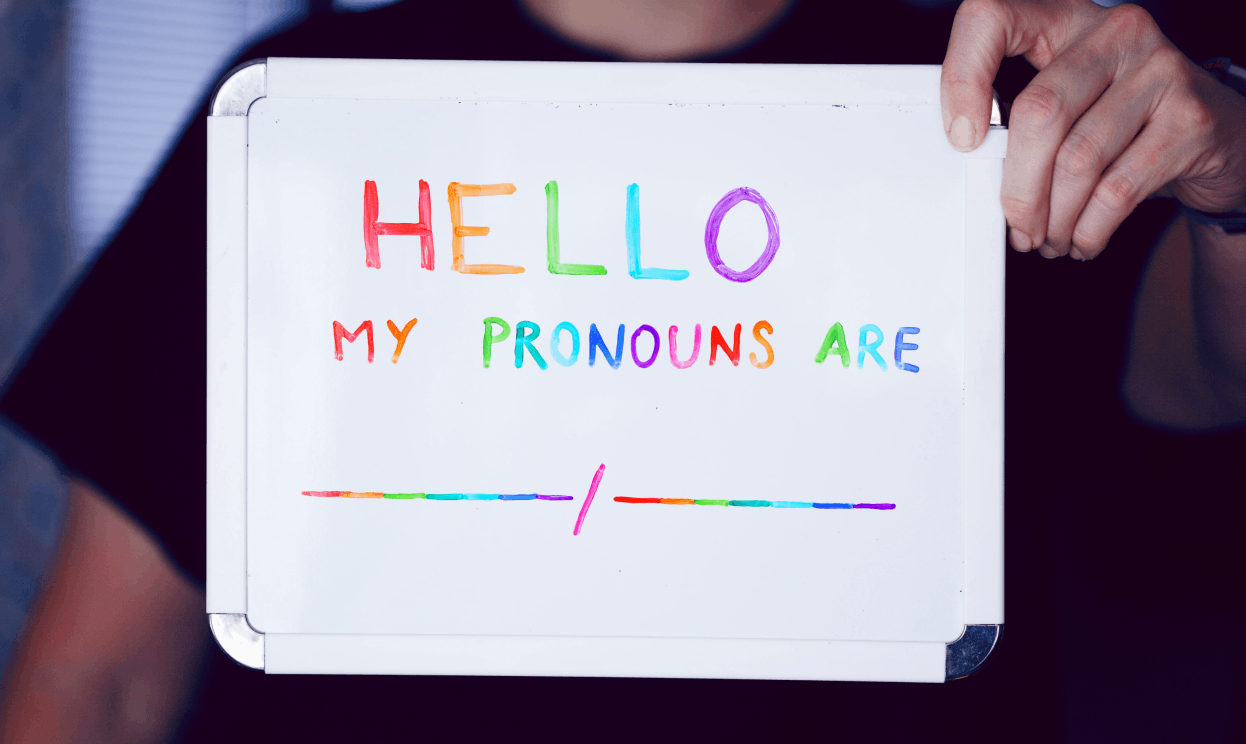 Gender expression is the way we communicate our gender to others through things like clothing, hairstyles, language, and mannerisms. It also includes how individuals, communities, and society perceive, interact with, and try to shape ideas of gender. Some people move between gender expressions at different times or in different circumstances. Others express their gender in entirely new ways. Inclusive marketing is mindful of this, and doesn’t limit gender expression to traditional binary-based choices.

We are more than stereotypes

Marketing can be a powerful, positive tool in shaping both public perception and the culture that drives it. But to create truly inclusive marketing, we must work harder to think beyond stereotypes. Gender stereotypes reduce people to outdated conventions, exclude many of us from the conversation, and reinforce systemic gender inequality. As marketers, we can’t be afraid to challenge stereotypes, turn them on their heads, and embrace new, more inclusive gender representations in our creative.

Practice what you preach

As public awareness of gender inequality rose with the #MeToo movement, so too did women-focused marketing. But it’s important to remember that feminism isn’t a tagline—it’s a belief that has sustained a long and ongoing battle for social justice. While it’s great to see more empowering marketing messages, many brands have also been outed for touting feminist principles while failing to uphold these values internally. Whatever the message is you’d like to send, make sure it’s something that rings true for your brand—and if it doesn’t, take steps to remedy that first before making a claim to the world.

Gender-fluid products are the future

The rise of gender-neutral products may reflect lessons learned from high-profile missteps by big brands clinging to traditional gender stereotypes. Bic pens “For her” and “Doritos for ladies” were met with strong consumer backlash, and rightly so. Before you assign a specific gender to a product, consider that the people you might exclude could be the very customers you’re trying to win.

Give gender roles the boot

Sure, your target audiences are based on the latest analytics, but those analytics are also the result of who was targeted in the past. Continuing to market dish soap to only women or super glue to only men won’t do anything to broaden your customer base. Challenge yourself to take a more modern approach and flip the paradigm on its head.

Featuring men as the main characters and leaving women to fill lesser, supporting roles is a classic faux pas. So look for opportunities to put other genders in the forefront. Instead of a soccer mom on the sidelines, make a woman the coach. Let men be assistants, caregivers, homemakers, nurses, and capable stay-at-home dads.

While many have accepted that there are more than two genders for some time now, advertising and marketing are struggling to catch up. Try to portray a balance of genders across your creative—from male to female, and everything in between. Get input from people across the gender spectrum as early and as often as you can. And, of course, always cast real transgender or nonbinary people to fill these roles.

Not a joking matter

Be sensitive to marketing that could be seen as poking fun at those of us who don’t conform to gender stereotypes. It’s OK for women to not know how to bake or for men to not be Mr. Fix-it. Instead of making a joke at the expense of a gender, make the choice to combat gender stereotypes with your creative.

Throw out the rule book

Expressions of gender are sometimes made in overt ways to send very clear gendered messages. Like transgender women who always wear dresses and makeup, or transgender men who wear button-down shirts and ties. But not everyone dresses that way, so mix it up. When it comes to gender expression, the only rule is that there are no rules.

Stay away from transgender clichés

Being transgender is deeper than someone’s physical appearance and body parts. Show your respect for this complexity and avoid cliché images like transgender women applying makeup or putting on wigs, and transgender men shaving. Better still, don’t focus on appearance at all unless it’s directly related to the product or service you’re marketing.

Remember what you’re selling, who your customer is, and who influences their purchase decision. If you’re in the fast food industry, featuring a woman with a supermodel figure in a tiny bikini will not only polarize your audience, but also perpetuate harmful stereotypes. In general, watch out for hair and wardrobe choices that overfeminize or objectify women.

When describing someone, avoid stereotypical language like defining a woman as slender and petite, a man as strong and assertive, or a gay person as flamboyant and bubbly. While those descriptions may apply to the person you’re describing, they also reinforce stereotypes of a group as a whole. Ask yourself why you’re focusing on those particular attributes—and then look for others.

Unfortunately, English offers no gender-neutral, third-person singular pronoun choice. As the practice of defaulting to “he/him/his” falls out of favor, use of “they/them/their” is becoming widely accepted. When referring to a specific person, use whatever pronouns they identify with. It’s always grammatically correct to use “they/them/their” in the singular to refer to someone who chooses those pronouns. If you don’t know which pronouns someone identifies with, ask. This might seem awkward at first, but as marketers we can play a role in normalizing the conversation. Learn more about how to use pronouns respectfully.

Gender-binary language negatively impacts many of us, but especially cisgender women, nonbinary people, and transgender people. Shifting to gender-neutral language is an easy way to ensure everyone feels included in the conversation. Be on the lookout for the word or suffix “man” in your copy and make gender-neutral replacements. For example, you can replace “mankind” with “humankind,” “fireman” with “firefighter,” and “waitress” with “server.”

Coca-Cola’s “Dude or Diva” campaign encourages teens to share both the masculine and feminine sides of their personalities by picking specially designed cans.1

Starbucks’ ”What's your name“ spot plays on the social media trend of transitioning consumers testing out name changes through their Starbucks orders.2

Bumble celebrates some of its most inspiring users—and their diversity—in “The Most Inspiring New Yorkers.”4 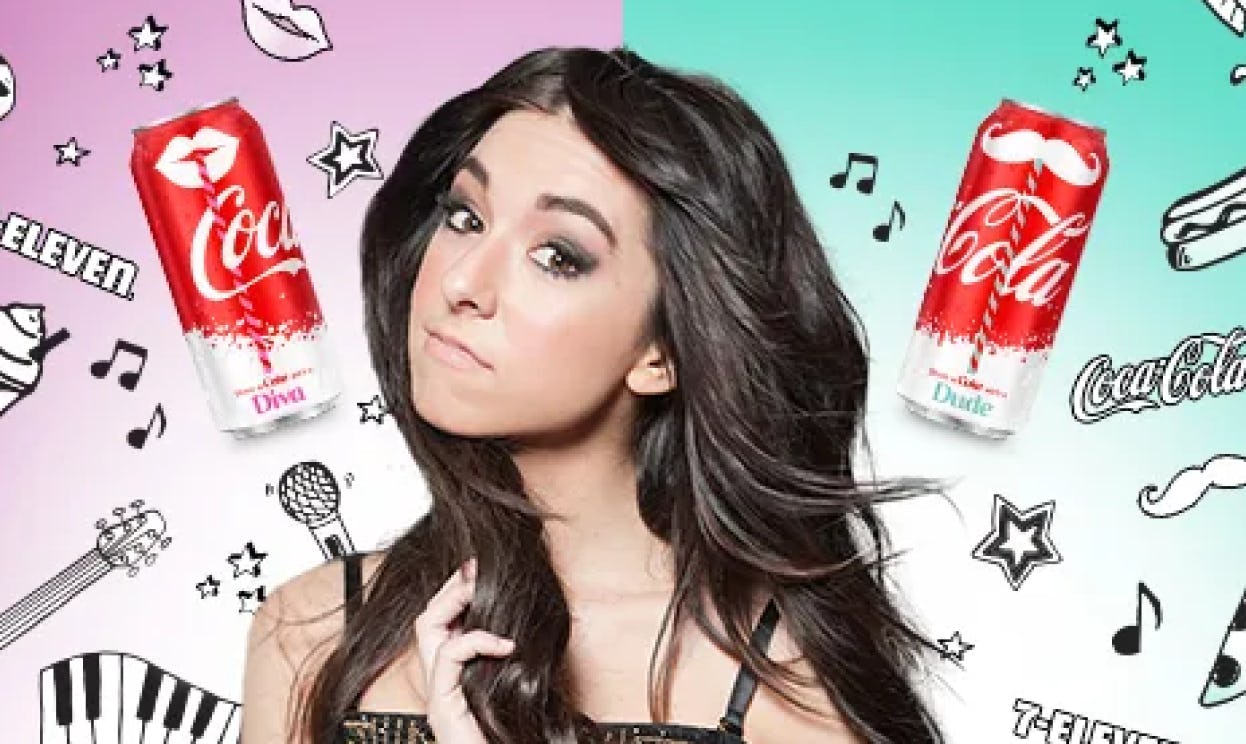 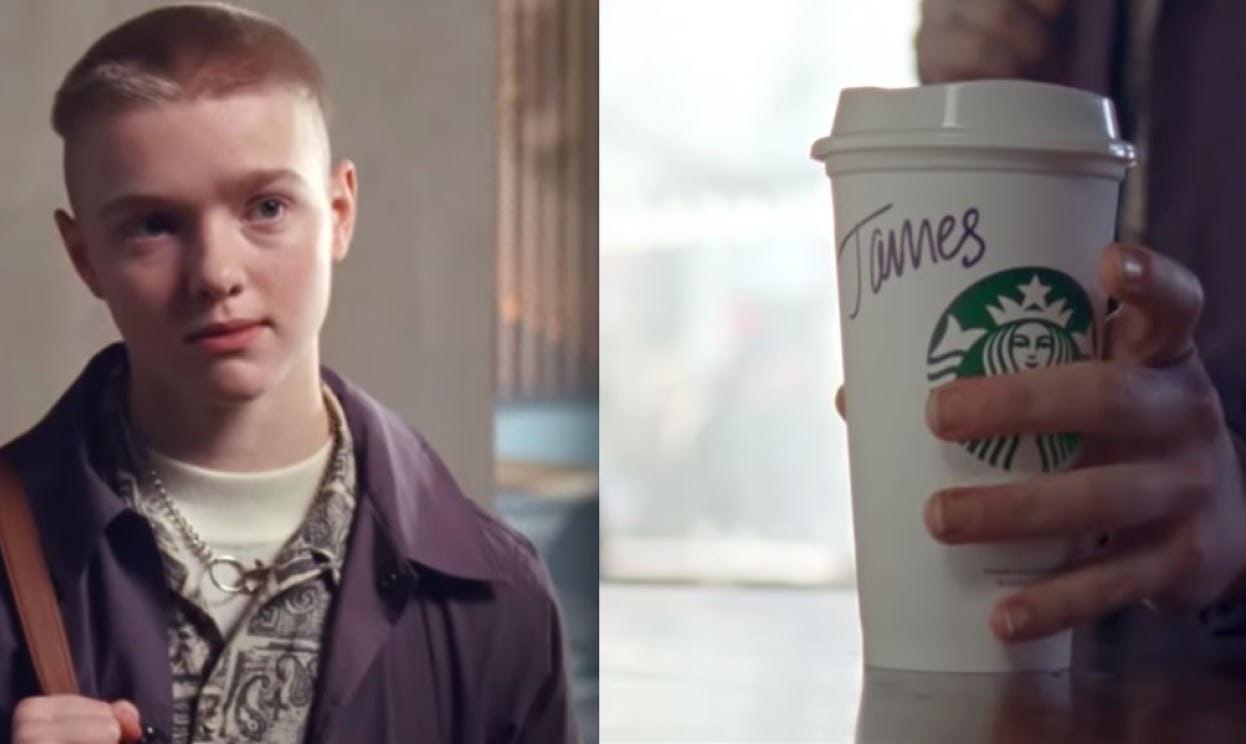 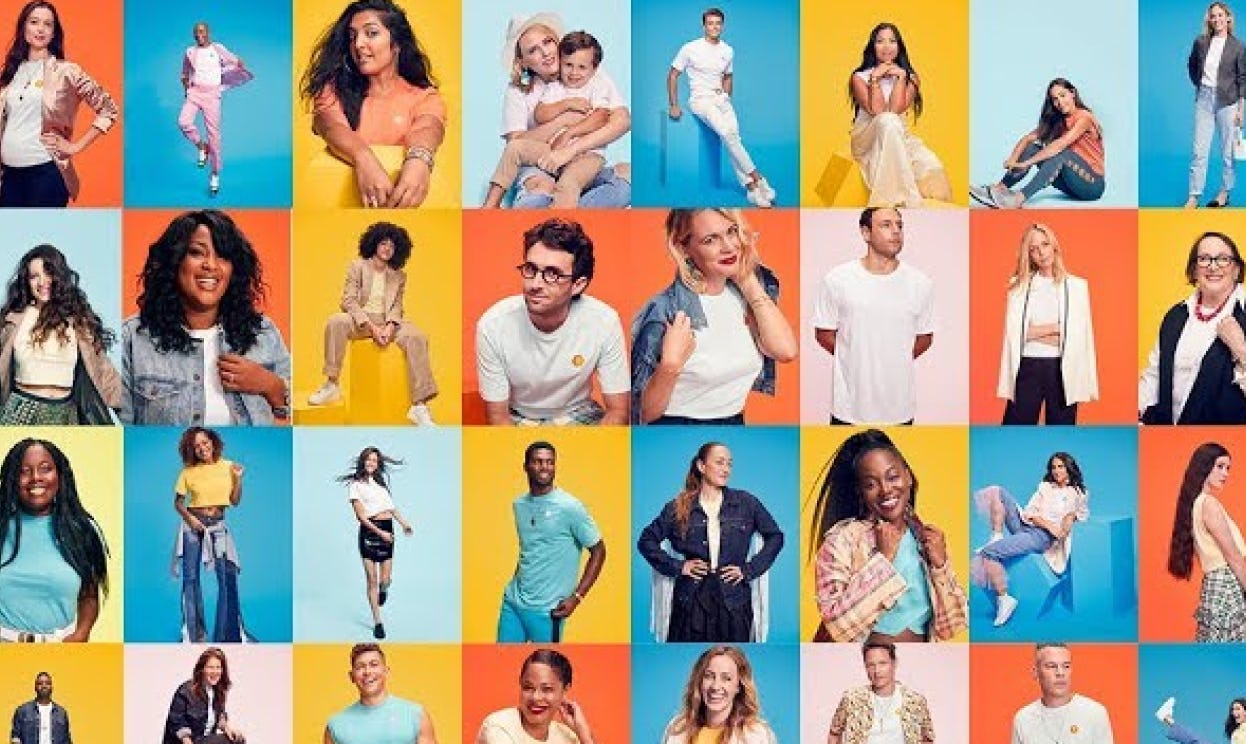 Bumble: “The Most Inspiring New Yorkers"